In 2003, Isolcell, always at the forefront in storage technologies introduced a revolution in fruit preservation systems: dynamically controlled atmosphere using HarvestWatch (r) fluorescence sensors. This technology is the only one on the market that attains the lowest possible oxygen level and therefore achieves a much higher storage quality, without incurring the risk of the product fermenting. It is a technology, which by using special sensors, makes it possible to dynamically control the atmosphere, adapting it to the physiological condition of the fruit and to the its biological activity over time. This method is based on measuring the chlorophyll fluorescence signal contained in the peel of the fruit, using special sensors that monitor a product sample in storage. Below a specific oxygen level, the fluorescence signal of the fruit clearly increases, showing that it has reached the LOL (Lower Oxygen Limit). This important information helps maintain the oxygen level inside the storage cells as low as possible to preserve the organoleptic properties of the fruit as they were when freshly picked and to avoid post-harvest anti-scald chemical treatments without the risk of the product fermenting.

Advantages of the Isostore system

– Scald control without the post-harvest use of chemicals

The advantages of ISOSTORE over other dynamic storage systems: ACR, DCS, ILOS

ISOSTORE is the only system used in commercial cells since 2003 and that as of 2015 is used to store over 500,000 tonnes annually worldwide with exceptional results. It is also the only system that has a growth rate of more than 50,000 tonnes of storage per year which substantiates its operational reliability and customer satisfaction. ISOSTORE is also the only system whose effectiveness is certified in many independent articles by researchers around the world. ISOSTORE is the only system whose effectiveness is guaranteed for almost all varieties of apples and pears, based on over 15 years of scientific research and commercial use worldwide with all major varieties of pome fruits. Since it is fully computerized, the system also is not dangerous for operators, since it does not require taking periodic samples within suffocating environments, as are the storage cells, and can be easily controlled from anywhere, remotely. For all these reasons, the ISOSTORE system is commonly considered the safest system currently on the market.

ISOSTORE is the only system that provides redundancy both as to type of analysis and by number of sensors which ensure its reliability. HarvestWatch sensors are a detection system that is independent of the O2 and CO2 analyzer, thus ensuring accurate information for the user in case of incorrect analysis of the values of those gases, thus avoiding the risk of fermentation due to analysis errors that sometimes are difficult to detect, especially when determining the values of RQ measured directly in the storage cells. Besides, having multiple sensors in a cell makes it possible to assess several product lots and to be able to preserve the weakest, and avoiding the risks of using averages, an advantage measuring entire cells. The values provided by the HarvestWatch sensors are accurate, react in real time, are easy to interpret and are independent of the operator’s manual skills. Furthermore, the HarvestWatch sensors are the only ones that do not require calibration and have no maintenance costs.

The experience gained over the years has led us to optimize the number of sensors used in each cell, making ISOSTORE the most attractive system from a cost-benefit perspective, also considered that there are no management and maintenance costs which, instead, are significant for other systems. Moreover, thanks to the information provided in real time on the LOL system ISOSTORE is the system that provides the best results in terms of maintaining the quality of the stored fruit. 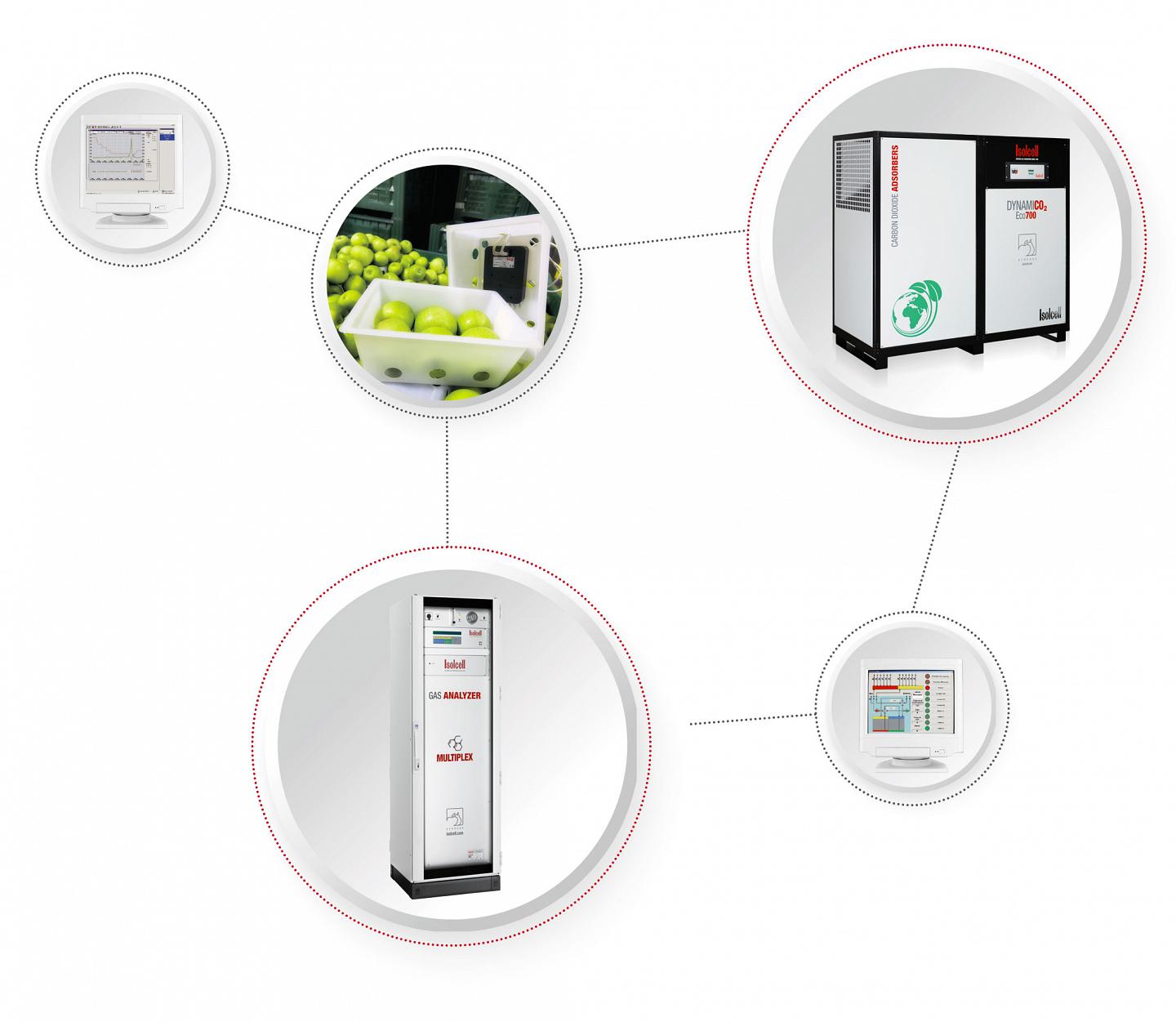