The ILOS storage technique involves the controlled accumulation of alcohol inside the fruit in order to control scald, a physiological disorder common to certain varieties of apples

The technique foresees a beginning stress caused by low oxygen level (0,3-0,5% of O2) of a minum last variable from 8 to 18 days depending on the stored apples varieties and on other
parameters such as ripening stage, speed of oxygen lowering, temperature of the product, atmosphere values; it also foresees the measuring of ethyl alcohol in the fruit. Once the predetermited ethanol level has been reached the oxygen O2 level goes up to H.L.O. Values (Hyper Low Oxigen namely lower than 1%). Ethyl alcohol will slowly be remetabolized in the following months, therefore other stress caused by low oxygen will be needed in order to reinstate and to keep the minum predetermined ethanol levels.

In detail, the ILOS method is implemented as follows:

The ILOS system is based on an analysis of the ethanol dissolved in the juice of apples. To perform the analysis, fruit sampling must be periodically performed inside the cells. Ethanol content is checked using a manual analysis kit that uses an enzyme bio-sensor (disposable) to soak in 0.1 ml of juice with a reagent. The method is quite simple and quick (6-15 min) and a certain number of analyses can be done in succession with the same sensor, before it needs to be replaced. 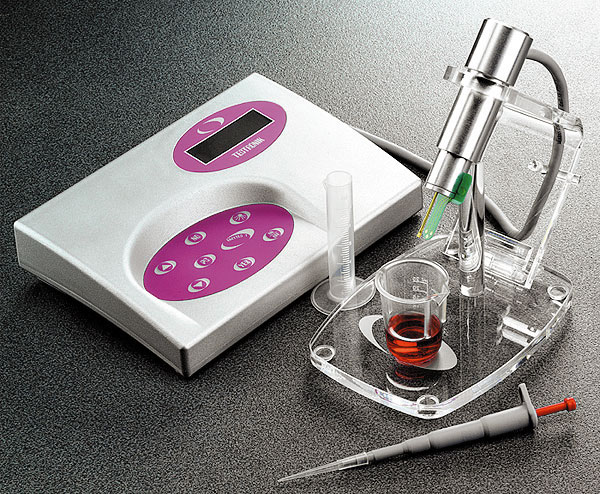